Kalibiru is a water tourism location that cannot be missed when traveling in Raja Ampat. The river, whose water is as blue as crystal, holds a number of natural features and is full of legends. Located in the interior of the forest of Wasandim Village, Mayalibit Bay, the riverbed which contains large rocks can be seen with the naked eye, without having to dive.

The depth of the river is estimated to be more than 5 meters, while in some parts of the river the depth is 2-3 meters. The river flow is fairly calm.

Initially, tourists were not allowed to swim in the calm river. Only in 2016, tourists are allowed to swim with a number of appeals to preserve the river flow and natural surroundings. Some of the appeals are to swim no more than 30 minutes, and also to avoid using skin care products. Tourists are also asked to shower and change clothes in the toilet.

The popularity of Kalibiru is also closely related to local legends. For the Mayalibit Tribe, Kalibiru is one of their sacred places. It is said that before going to war, soldiers bathed in the river to make them stronger to defeat the enemy. Another legend tells that a white crocodile living in this river will show its form as an indication that a community has violated customary law.

To get to Kalibiru, it takes about 1 hour by speedboat from Waisai, the capital of Raja Ampat. From the estuary where the boat rests, tourists can continue by trekking into the forest for 30 minutes. Don’t worry, the area administrator has created a path that makes it easier for tourists to trace. The entrance fee to Kalibiru is around IDR 100,000 – IDR 250,000 per person. 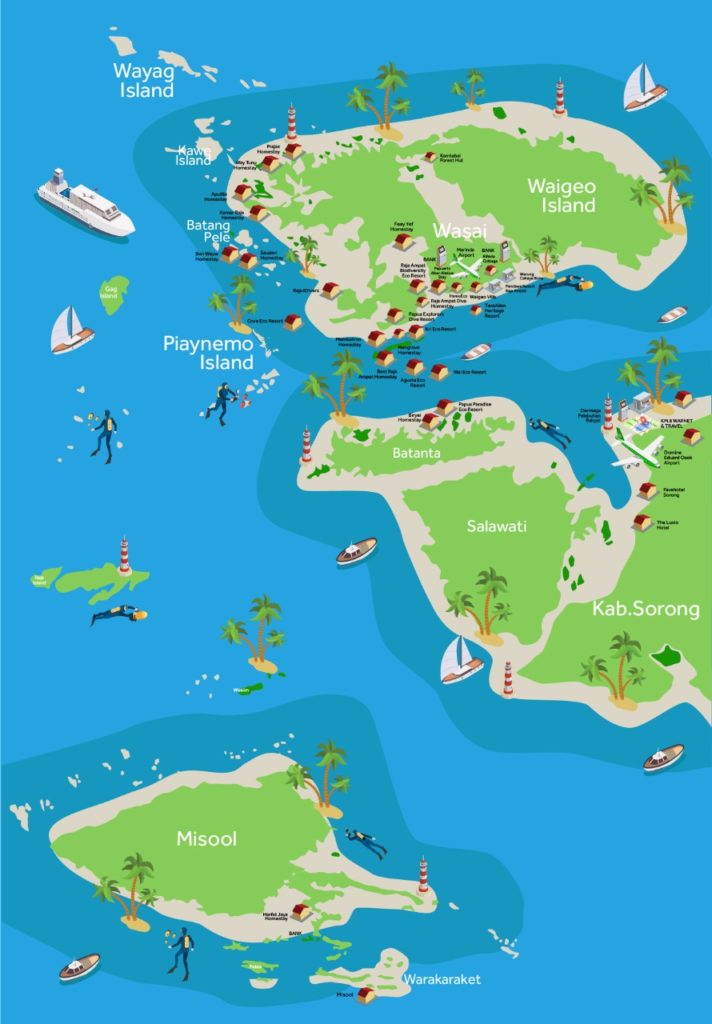